A conservatory or glass room is a great way to enjoy your garden in comfort. They’ll extend your living space in a way which maximises natural light and the views of your surroundings. But other than this basic purpose, the two types of glass extension are actually very different. A conservatory is more comparable to your living room, while a glass room is better described as an enclosed part of the garden. Here’s some more information.

A conservatory was once legally defined as having 50% of its side walls glazed and 75% of its roof glazed with translucent materials (commonly plastic sheeting or glass). Since conservatories must now meet the same planning regulations as a brick extension the definition is a little less straightforward, but most still fit these specifications. They are double glazed and insulated, usually with a dwarf brick wall below the window elements. 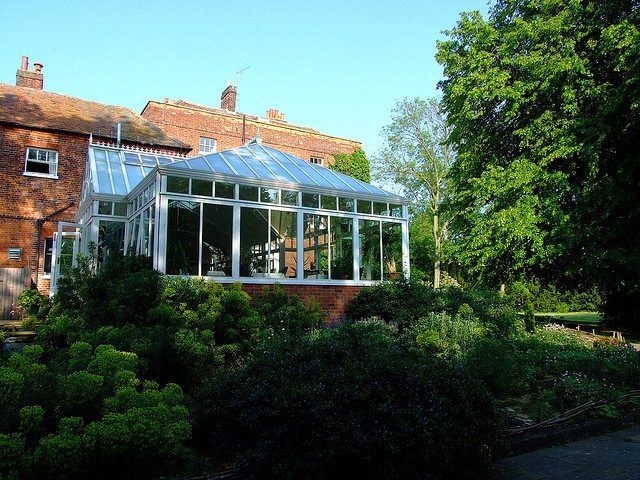 Serving a similar function as a sunroom, the main difference between a conservatory and a glass room (like a Weinor Glasoase glass room) is the ratio of glass to other elements. A glass room will be transparent from floor to ceiling, with the walls, doors and roof all made from glass.

The supporting framework is the only opaque part and this is minimal, with glazed elements which are significantly larger than the windows in a conservatory. 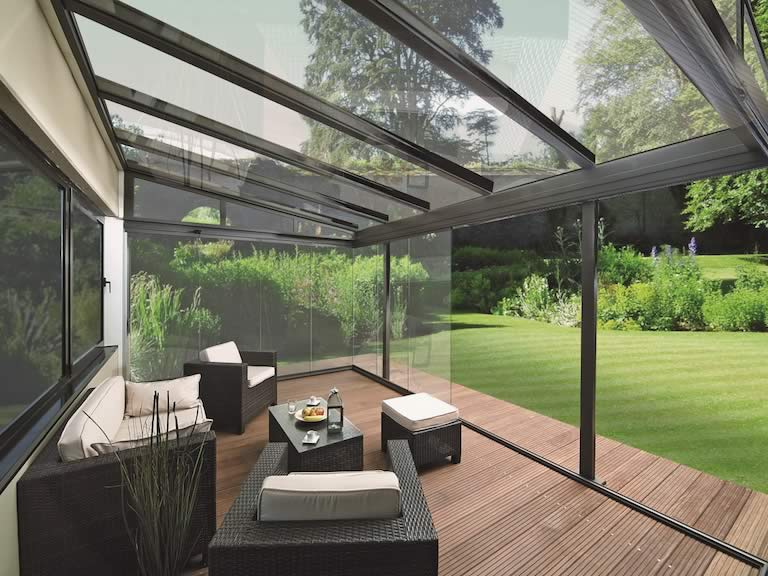 Modern day glass rooms and conservatories have been inspired by these historic status symbols. The orangery became popular in Europe during the 17th century, when they were used to keep exotic fruit trees warm all year round. They were often standalone features, situated within the grounds of stately homes, country estates and castles. The trend for glass roofs began in the early 19th century.Garden rooms originated at the same time, but were used for more general all-purpose tasks such as doing the laundry, storing ice and growing shrubs.

The definition of garden rooms and sunrooms vary nowadays, particularly with the introduction of glass extensions and glass verandas. They can be anything from conservatories to brick extensions with tiled roofs and large windows, or even standalone timber constructions. Loggias were an architectural feature invented by the Romans. They were open areas, decorated with arches or columns and only accessible from the interior of a building. Usually found on the second floor or higher, they were a kind of large balcony with a roof for shelter. Nowadays, some conservatories take loose inspiration from the traditional loggia design.